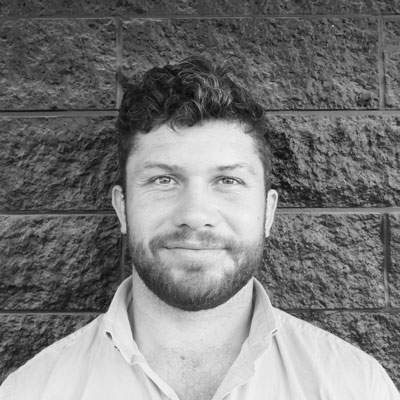 Zeke hails from Nelson, where, during his schooling years, he could often be found enjoying the outdoors through sports or in the nature that Nelson provides. Following school he headed to Lincoln University with a Future Leaders scholarship in hand, completing his degree in 2013. He then completed his National Certificate in Horticulture specialising in landscaping before moving overseas to take part in his OE. He embraced life in Scotland and the Netherlands where he worked and played rugby. He returned to New Zealand and worked in landscaping before joining team Goom in January 2021 as a Senior Foreman. He committed to working full time and completing a postgraduate certificate in business with the goal of becoming a project manager. His hard work and dedication were recognised which led to him quickly being promoted to the role of Project Manager, where he is thriving on the challenges of this new role. Outside of work he likes to spend time exploring the outdoors, socialising, and playing rugby for Waihora Rugby Club.